From the desk of Dave Smalley: Dignity 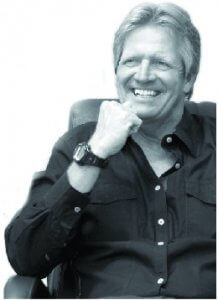 The other day I was stopped at a traffic light, on my way back to the office from an appointment. While waiting, I couldn’t help but notice a woman and a man that were about to cross the road, and I was intrigued by what I saw. Why, you might ask? I would say initially it was because of the way they were dressed.

They were both senior age, African American, and she was in a lovely, but slightly tattered, white dress skirt with a matching blouse and jacket. She wore what I would term a “pill-box” hat with some Queen Anne’s lace. She walked with her head held high, proudly, almost regally, carrying her hand bag in one crooked arm and a suitcase in the other hand. The gentleman behind her was well dressed in an unmatching suit, button down shirt, and tie. His close cropped hair had some snow on the roof, if you know what I mean. He pushed a grocery cart full of bags, which I assumed were their belongings. I am sure that my description does not do them or the moment justice, but they were somehow inspiring.

I wanted to snap a picture, but was hesitant as it seemed to be somehow disrespectful of the couple. But, I bet you can imagine why they caught my eye. They seemed majestic as they crossed the street; she was smiling at the passing traffic, walking four or five paces in front of him, while he held his head up, pushing all their worldly belongings.

I suddenly felt compelled to do something out of my norm, out of my comfort level. I pulled over and went up to greet them to find out how I could help them. They, in a bit of a clipped Continental African accent, explained to me that they had lost their hospitality jobs in Houston due to the pandemic. Subsequently, they did not have the money to pay the rent and became homeless a couple of weeks before. They had made their way to Montgomery county to find work and hoped to start interviews the next day. They had enough money for one night at the Comfort Inn, just down the road, to freshen up and start their new journey.

I was glad I stopped, and I knew I could help them. The hotel was still about a mile away and I offered to take them. They politely declined, almost in unison. I said that at least I could gift you some money so you could afford to stay a few more nights ,to get your feet on the ground and get settled. They smiled and waved their hands at me, saying “no, no”, God does not give us more than we can handle. I felt my face get warm, and thought I might cry. They were too proud to take what they perceived as a hand out. Too dignified to be seen in public not dressed respectfully. Too strong to not walk the last mile, head up, chin up, eyes forward. Away they went, she in her finery, her adoring husband following his queen along the path, pushing everything they had left in a shopping cart.

I was struck by the thought that what was in that cart was not all they had left. They had their dignity, they had each other, and nothing was going to separate them from that. I was left with a sense that, not only had I met two great people, important people, big people, but when they left, they left something with me. They were the example, they were the roll model, the blueprint, for character and dignity when the road is closed. They didn’t sit by the road closed sign; they moved on, one foot in front of the other. They put on their finest (no matter how fine or not fine it might be perceived by others). They picked themselves up, stood up on their own two feet and proceeded to put one foot in front of the other, relentlessly, singularly focused on their destination and what is sure to be a, better life.

Whatever material things are taken from us, they are material. Nothing can take away our dignity, our self-worth. We can only give that away or abandon it. If we learned anything from the past nine months, we learned what is important: our friends, our family…our dignity.

Can I follow their example? Can I shelve my disappointments and walk their walk with dignity? I sure hope so. When we face adversity, let’s keep our head up and eyes forward, and know we have it inside of us. If there was ever a time to follow these roll models, now is the time. I share this with you humbly and with great respect.

My love to you and your family,

From the desk of Melanie Smalley. 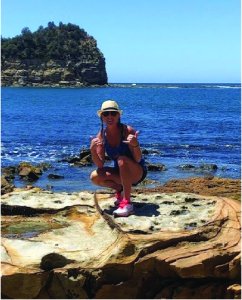 As many of you know, I love sports just about all sports and not just for the game itself but probably more importantly the passion in which the game is played Not every game is played with passion, that’s for sure, but those games that are played for the love of the game, well, that seals the deal for me I have especially become fond of non pro sports for exactly the reason I mentioned above these players definitely play for their love of the game most often with pure grit and determination whether I am cheering for the winning team or the losing team, I’m often emotionally engaged.

I recently came upon the acronym B Y O G curated by Clemson football coach Dabo Swinney Simply put, Dabo’s BYOG means Bring Your Own Guts In 2015 Clemson played Notre Dame in an epic rain soaked football game a game that should have been canceled by an impending hurricane, yet there wasn’t an empty seat in the stadium In an effort to spur his players, Dabo gave his BYOG speech.

This wasn’t just another game for Clemson, it was a game that was setting the tone for what was to come for this young football program Clemson beat Notre Dame BYOG became emblazoned in the locker room, on tee shirts and posters It became Clemson’s mantra.

Perhaps BYOG is a mantra we can all take to heart as we settle in to 2021 with high hopes of getting back in to our game our passion, our excitement for the love of our work, of our Spectrum family, of our Hammer Down mentality as we remember that we’ve indeed got “ and we’ve got “,

2021 is going to take guts! I believe 2021 isn’t just “ year, it’s going to be a year that is setting the tone for a Spectrum resurgence I just know it! I am so proud to call you all my friends and my extended family I am proud that at the core, we always BYOG in all that we do together or apart. 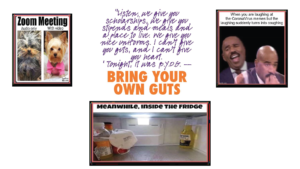 Whisk kicked 2021 off right with multiple weddings! We are fortunate to have the venue partnerships we have love helping couples create the wedding of their dreams January was a wicked awesome month, and we even had a wedding with snow, in Texas! The Spectrum Family came together for Wicked Whisk helped throughout the month Thank You for all your hard work dedication to excellence! We have created years of memories for these couples! 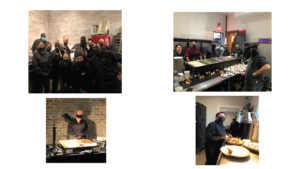 The Wicked Whisk Team had the privilege of catering many events throughout this holiday season! From holiday events, weddings, and in home dinners we are thankful for our clients continued support. Thank You to our team for your hard work during this holiday season! We wish everyone a Happy Healthy New Year!! 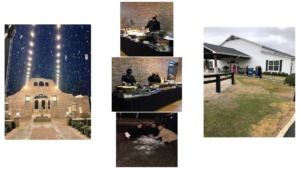 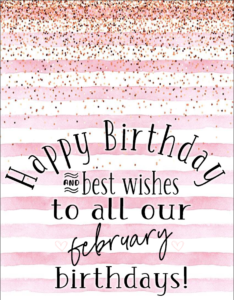