From The Desk of Dave Smalley: TO SURVIVE OR TO THRIVE 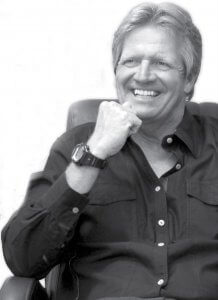 Last month we talked about competing. In thinking about that subject, I reflected on where we may get the motivation to compete. Our will to win? Sure. But deep down, there seems to be more to it than that.
We all compete with a different intensity, and I think we are born with the predisposition to compete…be it for survival, or to win. We are all creatures that choose the level of our investment to compete for what we want. It hasn’t always been that way for us humans, and it is for sure not that way for the rest of Earth’s creatures. I support the idea that competition is borne out of the struggle to survive, manifest destiny and all that. But I must ask a simple question. Do you wake up at night? Do you open your eyes, then go back to sleep? I do, and I believe this is perfectly natural. This human internal reflex is a carryover from our ancestors, who lived in caves in a time the sabre tooth tiger would be hunting for a midnight snack. Sound sleepers became that
snack; the vigilant survived, and passed that survival skill on. So, even today, we still wake up just to be sure everything is alright.
When I gaze upon the placid surface of the pond in our backyard, it is hard to imagine the struggle and competition below that tranquil surface. Predators. All struggling to survive.

They are searching for the next meal, and all the while making sure they are not the next meal for someone else. Every species us-
ing all their skills to evade, live, and to hunt another day. It is the same in the jungle, the forest, the insect world, the ocean, and the desert. Each entity exchanging its role of predator for prey dependent upon the situation at hand. How fast can one get away when under attack? This can certainly be revealed when one must act fast to survive, when it is ultimately life or death in most instances. In our world, rarely is that the case. However, one can never know how strong they are until they have noth-
ing else, but to be strong. Now, we humans have civilized ourselves over the course of time to change the playbook from competing to merely survive. We leave that competition for life or death to the jungles, the ponds, and the oceans. We still must compete to provide shelter, food, and quality of life for our families. That competition is not life or death, but it is real. While it is not competing for ultimate survival, the success of that endeavor is like in the pond and jungle; mostly determined by ones’ skill level and resolve to not only survive but to thrive. Those that merely set their sights on survival and not on gaining higher ground, will always feel the heat of the competition. They will most likely take on the victim mentality, that their lack of success is due to others. The victim mentality does not play in the wild, nor does it play in our human lives. The victim mentality will result in you being a meal for someone else. If one takes on the persona of the beast in the wild, skillfully hunting and cunningly avoiding becoming another’s prey, one rises to the top. So I ask you. Do you have the mindset of a survivor? Or do you have the courage to put yourself out there to thrive? Are you investing in yourself with big stacks of chips, not willing to be the victim, but choosing to be the Victor?

I think this describes YOU! Adapt that warrior mentality. Greet each day with a Champion’s attitude. Dare to compete beyond your comfort zone, and your results will most certainly surprise you. Do more than survive,THRIVE!

Best to you and yours,
~Dave

From The Desk of Melanie Smalley 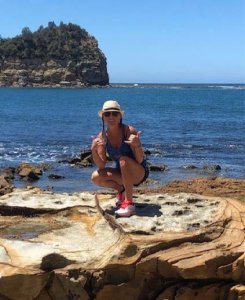 All too often in our lives we are so concerned about what other people think of us, that we kind of get messed up in the head and give all of our power away. It’s time to regain control of our power and stop leaking it out to others who don’t deserve it. Catching The Paperclip I was speaking with a client today. He was telling me about how much other people affected him in his life. He didn’t much care for these people but he was still ‘too nice’ to say no to them. When I spoke about the concept of giving your power away to other people, he didn’t quite get it. I picked up a paperclip and threw it to him asking him to catch it. He duly caught it. When I asked why he caught it, he advised it was because I asked him to. I looked at him and didn’t say a word, then about 20 seconds into the silence he suddenly got it. With a big smile on his face he said ‘Ah! So I’m doing things other people want me to do, but not what I want to do?” He got, in one action, what I had been trying to explain for 15 minutes. It’s an amazing feeling witnessing something like this Forever Catching other Peoples Paperclips

We can do what others want us to do a hell of a lot, and pretty soon we can get drained. It can even cause us physical illness, due to stress. Think about the things you might do that gives away your power to someone else. Here are a few suggestions:
• Engage in gossip
• Watch the news
• Say yes to everything to
please everyone else

• Obsessing about other people’s behaviors

A lot of us engage in these types of things without even realizing it, but once you’ve grasped what you are doing, you have no excuse not to reclaim your power. Reclaiming your Power The first step in reclaiming your power is, as mentioned above,
realize when it’s happening. The second step is to get a strategy firmly in your head for saying ‘No’ to giving your pow-
er away. For example, if someone tries to engage you in gossip, you politely listen but offer nothing in return, then as you get some more of your power back you might stop the person trying to engage you in gossip and say, ‘Listen, I am not really interested.’ And walk away.

You can have different strategies for different scenarios. Once you have the strategies in place, rehearse them in your
head and get comfortable with what you are going to say or do.

The third step is implementing your strategy in all the areas where you are leaking power. If someone asks you to do some-
thing for them, just say ‘No.’ You don’t have to offer any excuses for saying no, you don’t have to explain yourself. If the
person prompts you further, you can say ‘I just don’t want
to.’

This might be very hard at first, but the first time you say ‘No,’ you’ll realize how powerful that can feel, and you’ll also realize how much power you have been giving away.

Whose Paperclips Are You Catching? 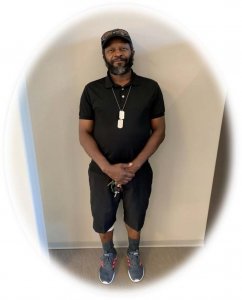 How did you get introduced to Spectrum? My ﬁrst introduction to Spectrum was at Torrey Pines Farmers Invitational Open in January 2013. I was still working for the All Team Staﬃng Agency in SD. We were to attend an orientation before the tournament started. There is where I heard Dave Smalley say, ‘never let anyone‘s attitude aﬀect your attitude,’ and from that point on I was taken away. I felt like I had a new lease on life when I heard that. As the tournament began, I noticed a few things; I was also intrigued by Spectrum. How everything was put together and so many other things and equipment. I knew I wanted to work for Spectrum. I came up with an idea on how to approach Dave, and I mentioned that I could possibly be of help in the dish tank. I was excited about it, but determined that I wanted to seek full-time employment with Spectrum.

When did you start, and what is your role at Spectrum? My very ﬁrst assignment was Colonial in 2013, and I was nervous! I just jumped in and did what I do best; take care of everyone that needed help. I give my-self the title of ‘Utility Manager,’ because I do many things, but ultimately washing all the dishes is my ﬁnal goal.

What do you love most about your job? I love everything about my job, from dealing with the staﬃng agencies to helping the front of the house meet their needs. I also enjoy taking care of the kitchen staﬀ. I really love and enjoy working for Spectrum. As I say to myself, ‘Dave’s vision is my dream!’

Tell us about your Family! I am the youngest of eleven children. I live in Houston, and the remaining of my family is in Michigan. I opted to leave to ﬁnd myself and to ﬁnd my purpose in life.

What are your interests when time permits from our crazy world? When I am not on the road or working with Wicked Whisk, I enjoy spending time alone at home watching TV or working on diﬀerent projects. I enjoy roller skating but have yet to go in Houston. I enjoy long drives to see the country side with peace and quiet.

Why Spectrum? I think why me is more like it? Spectrum kind of found me as I found myself. I was in the process of emailing Dave about working for Spectrum, and I mentioned some personal things about my current employer at the time. I think my openness made him look a little bit more at me; along with my willingness to strive for excellence.

Do you have a favorite event, if so, which one and why? Burning man is my favorite event. I was so excited to ﬁnd out that I get to work at Burning Man. It was a crazy feeling. The main reason I like this event the most, is because I get to see my Seattle family every time. Even only seeing them that once or twice a year has bought us closer together.

Did you know?  Fun facts about the month of August! 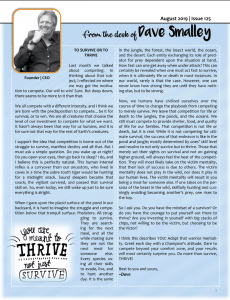